This is one if the last, (only 2 sketches in the series left), of the series of linocut sketches I drew while in Chiang Mai, Thailand in January while doing work for the volunteer group VOLUNTEER POSITIVE.

This image was created while sitting in the shade under a tree surrounding the massive Chedi in Wat Chedi Luang. 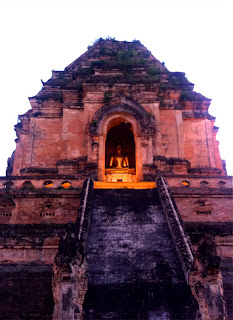 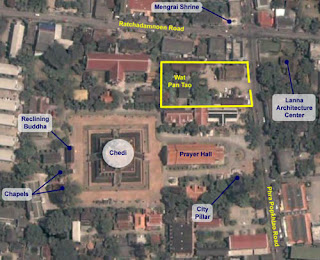 From: Thailand For Visitors

"In its day, Wat Chedi Luang must have been the most impressive temple in Chiang Mai. Built about 600 years ago, the huge chedi which gave the temple its name (the name of the temple translates to "royal pagoda") must have soared high above the surrounding city. We say "must have" because the chedi was mostly destroyed within a few hundred years of its construction. Some say it was an earthquake in the 17th century that did the deed; others say it was King Taksin's cannons firing on the city to chase out the Burmese in the 18thcentury."


"The pagoda has been partially reconstructed, but the spire has not been recreated since nobody can be sure what it looked like." 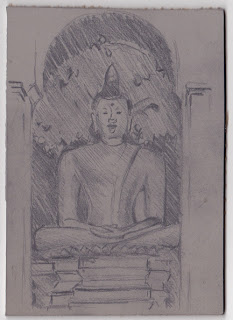 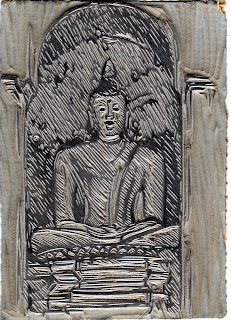 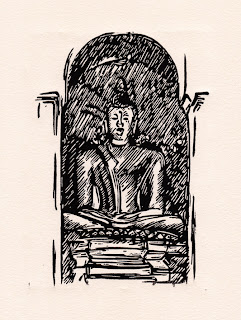 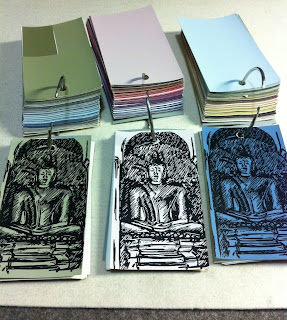 Posted by David Berube BerubeArt at 10:00 AM