So last night after dinner I decided to give it a go and finish up my attempt at the 3-color version of the Berube-Bugs cover in hopes that by some miracle it was all going to work out. Poor disillusioned me. It was exactly the nightmare I had anticipated from the beginning. By the end of the printing, I think I may have ended up with one print that has the registration of all 3 parts close to being acceptable. (I'm being generous) I'll figure out some other way to chop up the final printed mistakes and do something else with them but it really was a washout.

I'll be printing up the 1-color complete image probably later today when I get back from the other job. 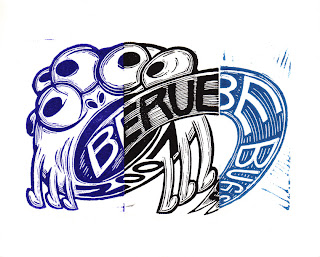 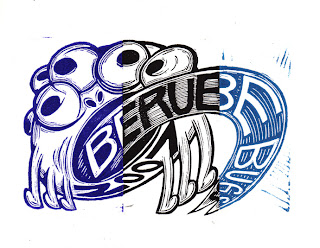 Posted by David Berube BerubeArt at 9:07 AM