Hello All-
I just thought I'd give a little update since I was originally supposed to be back in NYC this past Weds. and here it is Friday already and I'm still in las Vegas. My stay was extened 1 day for the company I'm working for and I decided to just stay a few extra days while I'm here as I've never been to Las Vegas and well.... It's going to be 70 degrees here today and no snow.

A very interesting place they have here, the Vegas strip is pretty crazy to say the least. Yes, in many ways it's similiar to Times Square in NYC but there's something abt. seeing people drinking beer at the craps tables at 8 a.m. as I'm on my way to work that has seared an image in my mind I'm not soon to forget. And here's a tip to Las Vegas, ban cigarette smoking from the casinos. It was a bit of a struggle at first in NYC when they initially banned smoking from restaurants, bars and other public places, but ask anybody who lives in the city, it's a blessing now to be eating dinner and not having cigarette smoke blowing into your face.

And well, the people..... Hmmmm, I understand that most of the people you see here in the casinos are not actually from Las Vegas, so no offense to the good people of Nevada, but I have not seen a scarier group of people than I've seen here in the casinos. Bad hair, bad makeup, bad outfits, WOW!!!! Plenty of visual stimuli for an artist like myself.

So today, I finally have a day to run around and really check things out a bit. I'll try to do a little drawing onto postcards and if i'm feeling lucky, maybe even hit the slots.

Here are a few shots from the hotel I've been staying at. 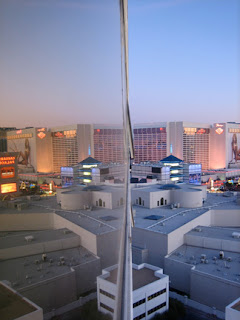 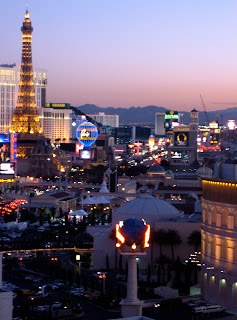 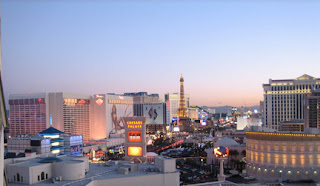